Kolinda Grabar-Kitarović was born on 29 April 1968 in Rijeka, where she went to primary school and secondary school in Los Alamos in the United States.

In 1993, she graduated in English and Spanish from the University of Zagreb, furthermore enhanced in the range of ​​the Portuguese dialect. The next year in Vienna closes the Diplomatic Academy, and in 2000 he earned the title of Master of International Relations, Faculty of Political Sciences in Zagreb. From 2002 to 2003 lives at the University “George Washington” in the United States as the beneficiary of a Fulbright to preddoktorsko research in global relations and security arrangement. At the time, she was allocated to the President’s Medal for investigative, social and political work. She has gotten grants Luksic for preparing in the zone of ​​the high power structures at the Kennedy School of Government at the University “Harvard” in the United States in 2009.

From 2001 to 2003 served as Minister Counselor at the Ministry of Foreign Affairs, and in November 2003 she was chosen to the Croatian Parliament in the seventh voting demographic. That same year he was sworn into office the Minister of European Integration of the Republic of Croatian, and after that in 2005 the Minister of Foreign Affairs and European Integration of the Republic of Croatian and, having served until 2008. The principle target of its order was to keep Croatia on its way to Euro-Atlantic coordination and has driven the State Delegation for Negotiations on Croatian promotion to the European Union.

Kolinda Grabar-Kitarović 2008 got to be Croatian Ambassador to the United States. On the obligation of Assistant Secretary General of NATO Public Diplomacy was designated in 2011 and stayed in office until 2014, as the first lady ever, which served as Assistant Secretary-General and the most astounding positioning lady in NATO.

She is married with two kids. Familiar with English, Spanish and Portuguese dialects ​​and communicate in Italian, French and German. 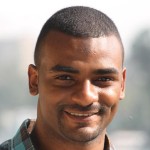